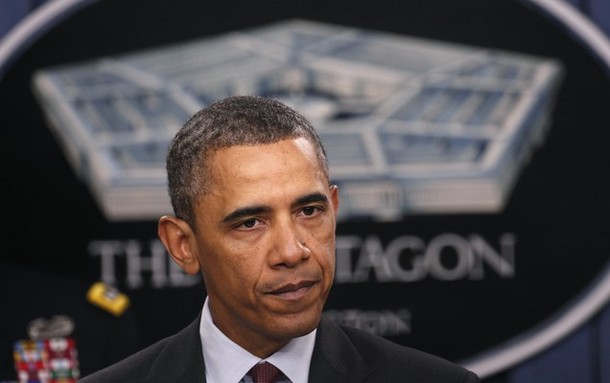 From Barack Obama, the White House:  As I made clear in Australia, we will be strengthening our presence in the Asia Pacific, and budget reductions will not come at the expense of that critical region.  We’re going to continue investing in our critical partnerships and alliances, including NATO, which has demonstrated time and again — most recently in Libya — that it’s a force multiplier.  We will stay vigilant, especially in the Middle East.

Excerpts from remarks by the President on the Defense Strategic Review.  (photo: Reuters)