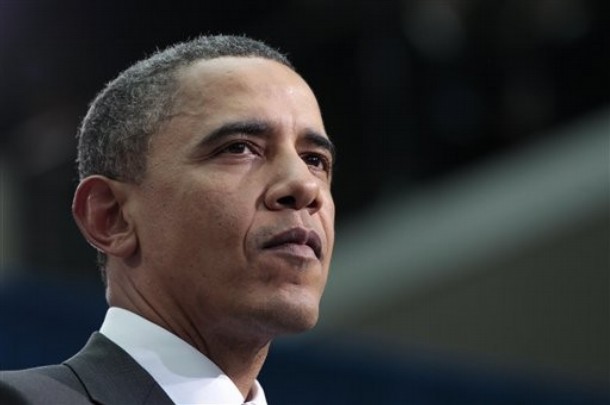 From the AP:  Defense Secretary Robert Gates said he can’t predict how long the no-fly zone operation will last, but that the U.S. could turn over control of it as early as Saturday. …

[President Barack] Obama was asked in an interview with the Spanish-language network Univision if a land invasion would be out of the question in the event air strikes fail to dislodge Gadhafi from power. Obama replied that it was "absolutely" out of the question.

Asked what the exit strategy is, he didn’t lay out a vision for ending the international action, but rather said: "The exit strategy will be executed this week in the sense that we will be pulling back from our much more active efforts to shape the environment."

"We’ll still be in a support role, we’ll still be providing jamming, and intelligence and other assets that are unique to us, but this is an international effort that’s designed to accomplish the goals that were set out in the Security Council resolution," Obama said. …

Obama was returning to Washington on Wednesday a few hours earlier than planned. In El Salvador on Tuesday he painted an optimistic picture of the international military operation and said he had "absolutely no doubt" that control could be shifted from the U.S. to other coalition members within days.

The most obvious candidate to take control – the NATO military alliance, which also happens to be led by the U.S. – has yet to sort out a political agreement to do so. Obama said NATO was meeting to "work out some of the mechanisms."  (photo: AP)