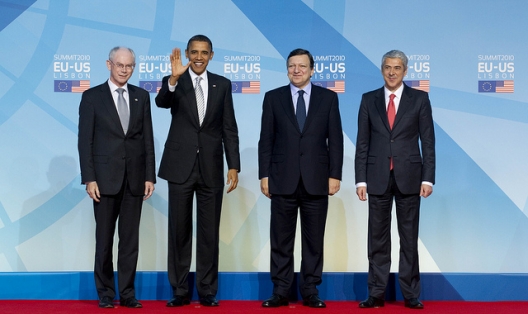 As part of the United States’ ongoing consultations with our allies and partners in Europe and beyond, President Obama will travel to the Netherlands, Belgium, and Italy in March 2014. While in the Netherlands on March 24-25, the President will participate in the Nuclear Security Summit, hosted by the Dutch government, where world leaders will highlight progress made to secure nuclear materials and commit to future steps to prevent nuclear terrorism. He will also hold bilateral events with Dutch officials.

Image: US-EU Summit, November 20, 2010 (photo: Office of the President of the European Council)