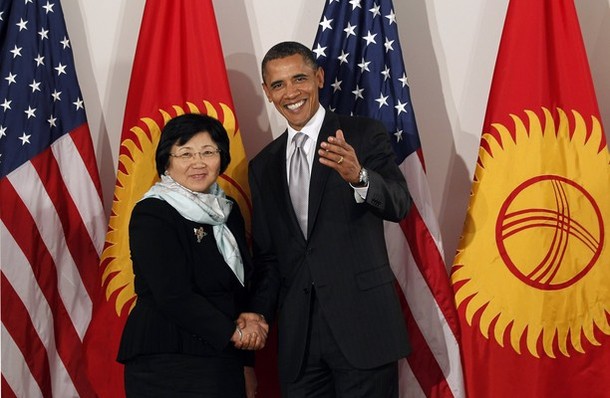 He urged the Kyrgyzstani president to take further steps to prevent renewed violence, including approving the deployment of a Police Advisory Group (PAG) – a 52-member team assembled and supported by the Organization of Security and Cooperation in Europe (OSCE) — and the commencement of a credible international commission of inquiry to investigate the causes of the tragic loss of life and property, which occurred last June.  The two presidents also discussed our common security and development objectives in Afghanistan, and President Obama thanked President Otunbayeva for Kyrgyzstan’s contributions towards meeting these shared objectives.  (photo: Reuters)