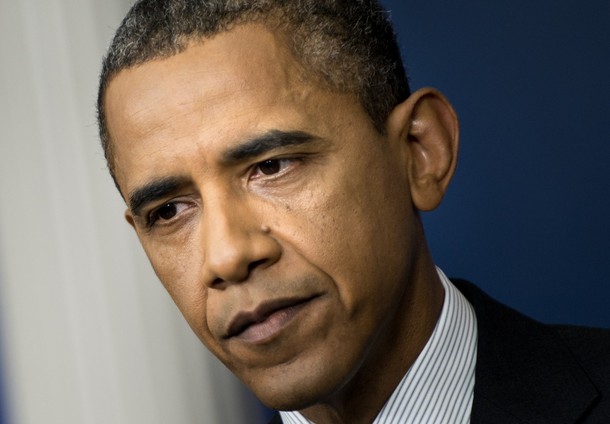 From Barack Obama, the White House:    I have indicated repeatedly that President al-Assad has lost legitimacy, that he needs to step down.  So far, he hasn’t gotten the message, and instead has double downed in violence on his own people.  The international community has sent a clear message that rather than drag his country into civil war he should move in the direction of a political transition.  But at this point, the likelihood of a soft landing seems pretty distant.

What we’ve said is, number one, we want to make sure we’re providing humanitarian assistance, and we’ve done that to the tune of $82 million, I believe, so far.  And we’ll probably end up doing a little more because we want to make sure that the hundreds of thousands of refugees that are fleeing the mayhem, that they don’t end up creating — or being in a terrible situation, or also destabilizing some of Syria’s neighbors.

The second thing we’ve done is we said that we would provide, in consultation with the international community, some assistance to the opposition in thinking about how would a political transition take place, and what are the principles that should be upheld in terms of looking out for minority rights and human rights.  And that consultation is taking place.

I have, at this point, not ordered military engagement in the situation.  But the point that you made about chemical and biological weapons is critical.  That’s an issue that doesn’t just concern Syria; it concerns our close allies in the region, including Israel.  It concerns us.  We cannot have a situation where chemical or biological weapons are falling into the hands of the wrong people.

Excerpt from remarks by the President to the White House press corps.   (photo: Getty)