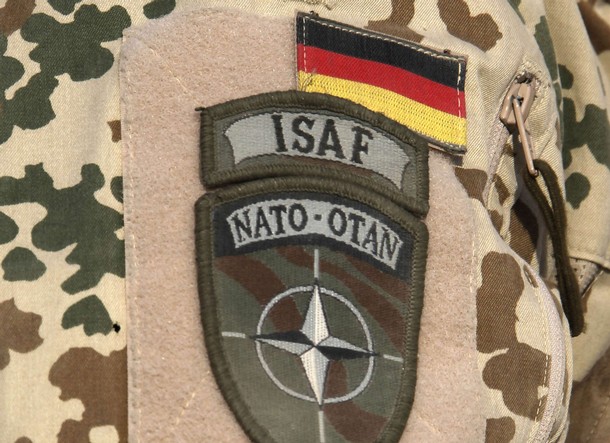 From Matthias Gebauer, Spiegel:  Defense Minister Thomas de Maizière said it most clearly when he said the Germans feared the US withdrawal would trigger a domino effect. This prompted him to ask his counterpart, US Defence Secretary Robert Gates, to "be aware of the psychological effects of an overly ambitious American withdrawal on the German and European public." Internally, experts in the Defense Ministry and Westerwelle’s Foreign Ministry fear that the US announcement could be interpreted in other NATO member states as a signal to overhastily pull out their troops ahead of the planned date for the withdrawal of all NATO combat troops. Up until now, NATO’s deadline for ending combat operations in Afghanistan was the end of 2014.

In realpolitik terms, the German government is tightly restricted by its Afghanistan strategy. They have promised to begin reducing troops starting at the end of 2011 — and now there’s no turning back. Even though former Defense Minister Karl-Theodor zu Guttenberg managed to add a caveat to the mandate stating that this date was "dependent on the situation" in Afghanistan, it is now widely regarded as the definitive deadline. Furthermore, the opposition center-left Social Democrats, who voted in favor of the last mandate, will insist on a partial withdrawal based on that date or they will vote against the mission in parliament. Although Merkel’s government has a majority in the Bundestag and could pass the mandate by themselves, it is regarded as desirable that there is across-the-board support for the mission.

It wasn’t entirely coincidental that the Social Democrats’ floor leader, Frank-Walter Steinmeier, happened to be visiting Kabul on Wednesday, where he called for an initial reduction in troop levels starting at the end of 2011.

But outside of politics, doubts have emerged over the point of such a withdrawal. A growing number of insiders say that reducing the German contingent is unrealistic, given the tense and deteriorating security situation in northern Afghanistan, where Bundeswehr soldiers are deployed. Talks between diplomats and military professionals have reportedly resulted in vehement arguments, according to sources in the Defense Ministry. The generals, whose top concern is the safety of their soldiers, claim that the withdrawal date is purely based on political considerations and fails to reflect the situation in Afghanistan. More difficult discussions are expected in the coming weeks, sources say.  (photo: Reuters)