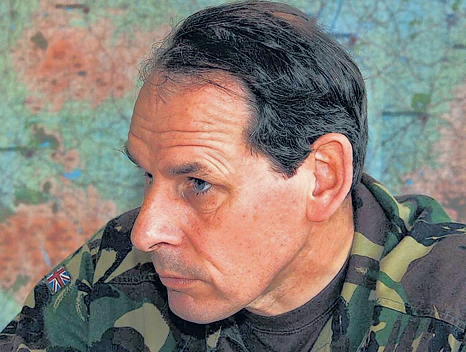 There are now fledgling signs of a turnaround, but burned once by Marjah’s unpredictability, the military will be more restrained in forecasting success, British Lt. Gen. Nick Parker told reporters Saturday at the headquarters of the NATO-led force.

U.S. Marines and Afghan troops overran Marjah, a major Taliban logistics center and opium poppy-growing community, last February and announced plans to stand up an effective Afghan administration. The idea was to develop Marjah as a model for counterinsurgency techniques in hopes other communities in Helmand province and elsewhere in the south would turn against the Taliban.

Instead, the Taliban have fought back with hidden bombs, ambushes, assassinations and intimidation, undercutting NATO’s efforts to win public support. That has fueled doubts on Capitol Hill and among the American public that the Afghan war can be won.

Parker, who leaves his post at the end of this month, said it was "nobody’s fault" that the Marjah campaign has gone slower than expected, but is simply a product of the "complexity of the environment we’re operating in. …"

Nonetheless, Parker said it was reasonable to expect the Afghans will take charge of their own security in the next four to five years.  (photo: Belfast Telegraph)