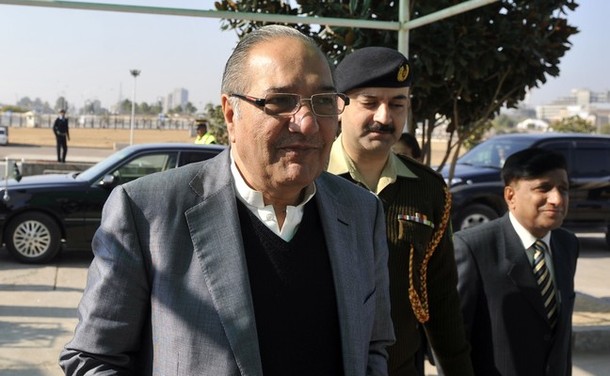 From Zarar Khan, the AP:  Pakistan announced Tuesday that it has temporarily allowed NATO to ship perishable food to its troops in Afghanistan, a sign of thawing tensions following American airstrikes last year that accidentally killed 24 Pakistani soldiers.

Pakistan closed its Afghan border to NATO supplies in response to the deadly Nov. 26 attack on two of its border posts. The closure has been a headache for coalition forces, who have had to spend much more money to get goods to Afghanistan using alternative routes.

Pakistani Defense Minister Ahmed Mukhtar said the government would only allow NATO to ship perishable items for a limited time and has asked the coalition not to order any more. He did not indicate when the approval was given.

The U.S. and Pakistan still disagree over who should be blamed for the November attack, but there have been growing signs that relations are improving. . . .

The move to allow food items to enter Afghanistan could be a precursor to opening the border altogether.

Pakistan’s parliament is expected to vote on a revised framework for relations with the U.S. this week that could pave the way for the government to reopen the supply line.

Also, senior Pakistani officials have said in recent days that the government should fully reopen its border to NATO supplies as long as it can negotiate better fees from the coalition.  (photo: Getty)