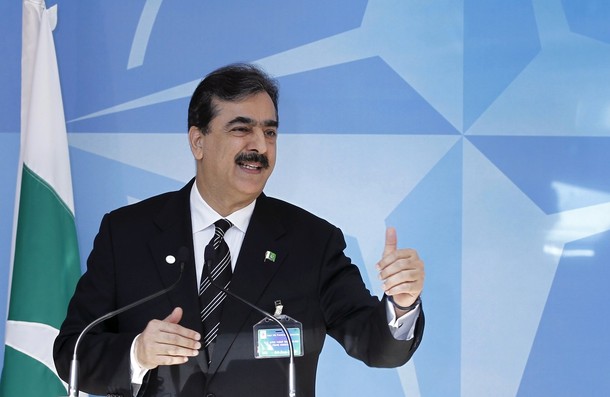 From Derek Reveron, Nikolas Gvosdev and Hayat Alvi, the New Atlanticist:  Given how important Pakistan is to NATO’s efforts in Afghanistan, we asked ourselves, “What can NATO do to improve relations with Pakistan while increasing pressure on the Taliban? …”

To illustrate that NATO countries are committed to the long-term security and stability of Central and South Asia, NATO should invite Pakistan to join the Alliance. A bold move like this signals a long-term commitment that Pakistan will not be abandoned.

Pakistan would also fill a vital role in NATO too. First, its inclusion formally accepts that NATO is a global security organization not just an Atlantic one. Second, Pakistan provides NATO the peacekeeping experience it needs to confront contemporary security challenges (Pakistan is one of the largest contributors to United Nations peacekeeping operations around the world). Third, Pakistan could shift its military focus from deterrence of India to the more natural counterterrorism and counterinsurgency roles its military can fill.

It is difficult to see how any NATO government will be enthusiastic about extending Article 5 security guarantees to a country that has territorial disputes with a nuclear-armed neighbor and which has in the past proven both unwilling and unable to prevent terror attacks launched against India (and other states) from being plotted and planned on its territory, sometimes with the support of elements within its own national security apparatus. Pakistan may be a bridge too far for an organization that cannot agree on the desirability of including Ukraine and Georgia. And Pakistan already holds the status of a major non-NATO ally in the U.S. book. …

Undoubtedly this short discussion is limited, but Pakistan needs real incentives to cooperate with NATO. Humanitarian and development assistance are not re-aligning Pakistan’s national interests.

Derek S. Reveron, Nikolas K. Gvosdev and Hayat Alvi are professors of national security affairs at the US Naval War College. These views are their own.  (photo: Reuters)