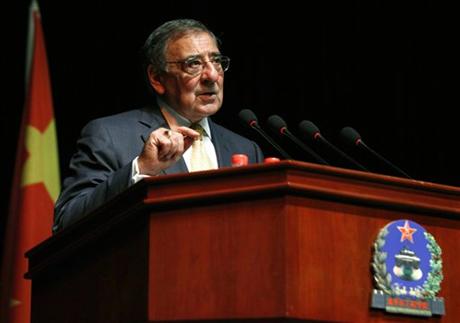 From Lolita C. Baldor, AP:  Despite several years of escalating diplomacy and warnings, the U.S. is making little headway in its efforts to tamp down aggressive Chinese cyberattacks against American companies and the government.

U.S. Defense Secretary Leon Panetta, who is wrapping up three days of meetings with military and civilian leaders, said he has brought the issue up at every session and come away with little more than agreements to talk again. . . .

"No diplomatic actions have made a difference," said Richard Bejtlich, chief security officer for the Virginia-based cybersecurity firm Mandiant. "They remain aggressive — they’re kicked out one day and try to get back in the next day."

He said the China-backed hackers’ tactics are also evolving, and they are more often going after corporate computer systems by breaching software weaknesses, rather than simply trying to get into a network by duping an individual employee. And he said they appear to be increasingly targeting lucrative energy companies.

Efforts by officials across the U.S. government have not seemed to have any impact, Bejtlich said, adding: "The Chinese don’t seem to care. So I don’t have any hope that the dialogue is reaching anyone of any note."

Panetta, who is leaving China on Thursday, met with China’s leader-in-waiting, Xi Jinping, Wednesday and afterward told reporters that he urged Xi and other leaders to have an ongoing dialogue with the United States about the cyber threat.

"I think it’s clear that they want to engage in a dialogue on this issue," Panetta said, "and I guess that’s the most important thing. That’s the beginning of trying to perhaps be able to develop an approach to dealing with cyber issues that has some semblance of order here as opposed to having countries basically all flying in the dark."

Chinese officials have steadfastly denied the cyberattacks, saying they also are victims of computer hackers and breaches.

But nine months ago senior U.S. intelligence officials for the first time publicly accused China of systematically stealing American high-tech data for its own national economic gain. It was the most forceful and detailed airing of U.S. allegations against Beijing after years of private complaints, and it launched a more open push to combat the attacks.  (photo: Larry Downing/ AP)  (via @CassVinograd)