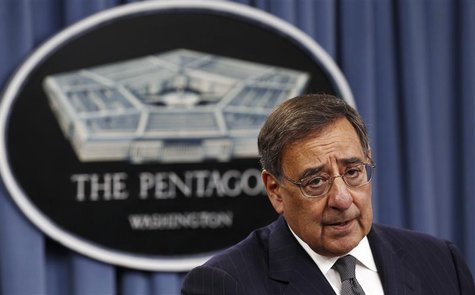 From Leon Panetta, Department of Defense:  Excerpt from a Pentagon press conference by Secretary of Defense Leon E. Panetta and Chairman of the Joint Chiefs of Staff General Martin E. Dempsey.

But when there was, in fact, a drone over the CIA annex and there were intelligence officials fighting inside the annex, I guess the big question is, with those two combined assets, why there wasn’t a clear intelligence picture that would have given you what you needed to make some moves, for instance, flying, you know, F-16s over the area to disperse fighters or — or dropping more special forces in.

SEC. PANETTA:  You know, let me — let me speak to that, because I’m sure there’s going to be — there’s a lot of Monday morning quarterbacking going on here.

We — we quickly responded, as General Dempsey said, in terms of deploying forces to the region. We had FAST platoons in the region. We had ships that we had deployed off of Libya. And we were prepared to respond to any contingency and certainly had forces in place to do that.

But — but the basic principle here — basic principle is that you don’t deploy forces into harm’s way without knowing what’s going on; without having some real-time information about what’s taking place. And as a result of not having that kind of information, the commander who was on the ground in that area, General Ham, General Dempsey and I felt very strongly that we could not put forces at risk in that situation.

Q:  So the drone, then, and the forces inside the annex weren’t giving enough of a clear picture is what you’re saying.

SEC. PANETTA:  This — this happened within a few hours and it was really over before, you know, we had the opportunity to really know what was happening.  (photo: Reuters)