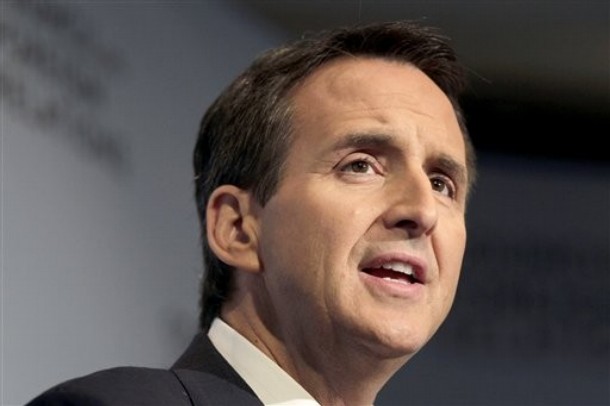 From Marc Thiessen, the Washington Post:  This morning, former Minnesota governor Tim Pawlenty sought to claim the mantle of Ronald Reagan, delivering a speech at the Council on Foreign Relations that vigorously endorsed a freedom-centered foreign policy for the Republican Party.  Without mentioning his rivals Mitt Romney and Jon Huntsman by name, Pawlenty made clear that he does not like the direction of the GOP dialogue on foreign policy and that a return to isolationism would not happen on his watch if he becomes the GOP nominee:

Parts of the Republican Party now seem to be trying to out-bid the Democrats in appealing to isolationist sentiments. . . . America already has one political party devoted to decline, retrenchment and withdrawal; it does not need a second one.

The best help America can provide to these new friends is to stop leading from behind and commit America’s strength to removing Ghadafi, recognizing the TNC [Transitional National Council] as the government of Libya, and unfreezing assets so the TNC can afford security and essential services as it marches toward Tripoli.

This was the first major foreign policy speech of the 2012 campaign, and it represents the clearest vision yet presented by any GOP candidate for a conservative internationalism in the mold of Ronald Reagan.  Let’s see if any of the other Republican contenders now step forward to challenge Pawlenty for the Reagan mantle.  (photo: AP)