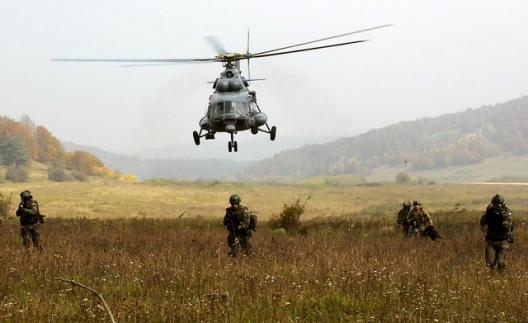 Of the $1 billion being sought for Europe, $925 million would be set aside for the Defense Department and would be available for two years.

The Pentagon would use about $440 million to rotate elements of an Army armored brigade combat team into Europe; provide additional funds for expanded naval deployments in the Black and Baltic Seas; continue with NATO air policing in the Baltic region, and either temporarily delay withdrawal of Air Force F-15C aircraft from Europe or increase aircraft rotations to Europe, according to a prepared statement [Deputy] Secretary of Defense Bob Work submitted to the committee.

About $75 million would go toward conducting more NATO exercises and training with allies and partners; $250 million for infrastructure upgrades in central and eastern Europe, and $125 million for prepositioning of U.S. equipment, according to Work’s statement.

Winnefeld described some of these initiatives in more detail, saying the Pentagon would like to increase training sites in Bulgaria and would look to upgrade weapons storage at Camp Darby, Italy, among other activities.

About $35 million would be used to help build partner capacity in some of the newer NATO allies and with non-NATO partners such as Georgia, Moldova, and Ukraine.

Part of that would include deploying forces to train with Georgia and Moldova, [Joint Chiefs of Staff vice chairman Admiral James] Winnefeld said.