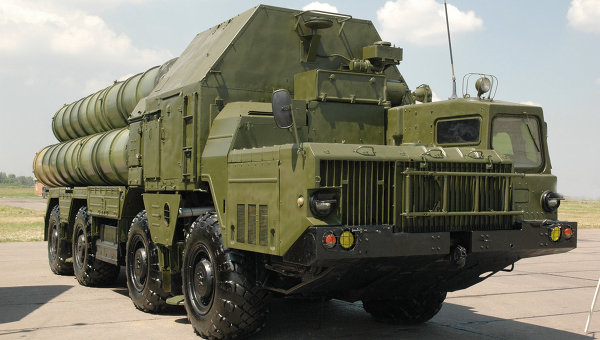 From Dmitry Solovyov, Reuters:   Russia said on Wednesday it had deployed high-precision air defence missiles in the breakaway Georgian region of Abkhazia, sending a defiant signal to Tbilisi and the West two years after a war with Georgia. …

Georgia reacted promptly, accusing Moscow of "strengthening its image and role as an occupying country."

"It shows … not only that Russia does not intend to withdraw its troops from Abkhazia and South Ossetia but that it is actually strengthening its military control over these territories," Eka Tkeshelashvili, Georgia’s National Security Council secretary, told Reuters.

The U.S. State Department, however, said it believed Moscow had maintained S-300 missiles in Abkhazia since the war.

"There have been systems in Abkhazia for two years. We can’t confirm whether they have added to those systems or not. We will look into that. This by itself is not necessarily a new development," State Department spokesman P.J. Crowley said. …

A U.S. defense official at the Pentagon said the United States could not yet confirm the deployment of new missiles and was seeking further information.

"The United States has (in the past) called upon Russia and Georgia to avoid actions that contribute to insecurity or instability in the Caucasus," said the official, who declined to be named.

"We are seeking further information, but the absence of transparency and international monitoring in Abkhazia makes this difficult," the official said.  (photo: Yuri Shipilov/RIA Novosti)