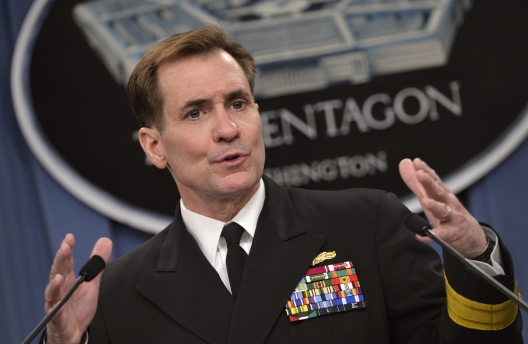 The build-up on the Russian side of the border does nothing to de-escalate the tensions between Russia and Ukraine, Kirby said. “It’s doing nothing to assist in the stability of that part of Europe,” the admiral said.

The United States is concerned about the build-up and is monitoring it closely, he said. . . .

“I would tell you that the staff here in the Pentagon, both the civilian and uniformed, are constantly looking at other ways that … we can further reassure our allies and partners in Europe to potentially look at either adding to or reinforcing existing operations or exercises or even adding on additional opportunities,” Kirby said. “We’re looking at that very closely right now. . . .”

“Our concern is for the territorial integrity and sovereignty of Ukraine and for the Ukrainian people and their nation,” Kirby said.