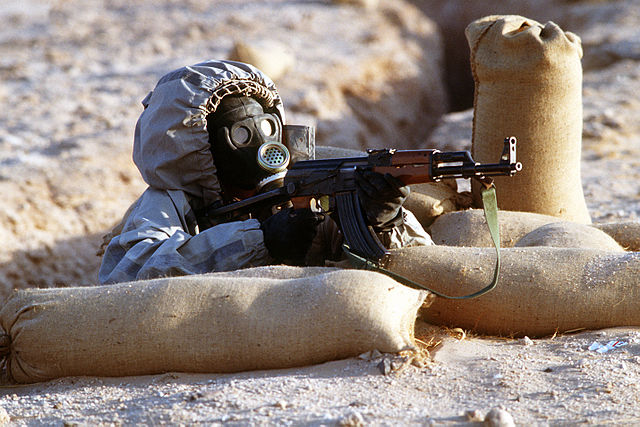 President Obama is considering a range of limited military actions against Syria that are designed to “deter and degrade” the ability of President Bashar al-Assad’s regime to launch chemical weapons, Pentagon officials said Tuesday.

Although no final decisions have been made, it is likely that the attacks would not be focused on chemical weapons storage sites, even though the Obama administration says the use of chemical weapons by the Syrian military is the trigger for the planned attack. They said any effort to target chemical sites risks an environmental and humanitarian disaster and could open up the sites to raids by militants.

Instead, the American assault would be aimed at military units thought to have carried out chemical attacks, the rockets and artillery that have launched the attacks and the headquarters overseeing the effort, the officials said. . . .

An American official familiar with the military planning said that the initial target list has fewer than 50 sites, including air bases where Syria’s Russian-made attack helicopters are deployed. The list includes command and control locations as well as a variety of conventional military targets, official said. Like several other military officials contacted for this report, the official agreed to discuss planning options only on condition of anonymity.

Planners said that although suspected chemical weapons depots are seductive targets, they are too risky.

Even within the limited mission envisioned for now by the Obama administration, there are some American officials who are urging expanding the target list to include at least military units commanded by Assad family members and loyalists and even presidential compounds. . . .

The Air Force maintains a vast fleet of fighter jets and long-range bombers in Europe and the Middle East that are capable of striking Syria, but a range of officials said that, for now, the strike plans were focusing solely on sea-launched Tomahawk cruise missiles and that there was no intention of putting up strike aircraft, which require a large cast of supporting aircraft, including refueling tankers, combat search-and-rescue craft and early warning or electronic jamming planes.