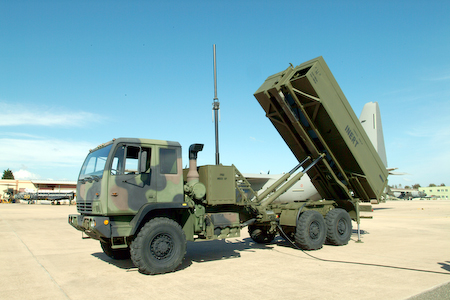 From Phillip Stewart and Andrea Shalal-Esa, Reuters:  The United States on Monday said it would stop funding a multibillion-dollar U.S.-European missile defense program known as MEADS after fiscal year 2013, calling it unaffordable in the current budget climate.

"Our partners may go forward with some MEADS, but it is not our plan to do so," the Pentagon’s comptroller Robert Hale told a budget briefing. He was referring to Italy and Germany.

The Pentagon said it remained concerned about the overall track record of the program and might ordinarily have canceled it. But Hale noted that continuing development of the program until 2013 would avoid costly termination fees and benefit the partner nations on the program.

From the Army Times:  Currently, the U.S. funds 58 percent of MEADS, Germany 25 percent and Italy 17 percent. …

Because of the schedule delays, the United States would not be able to replace Patriot with MEADS when originally envisioned. This means funds would have to be spent on Patriot modernization and MEADS purchases simultaneously, something the Pentagon cannot afford in the “current DoD budget environment,” the fact sheet said.  (photo: NATO)