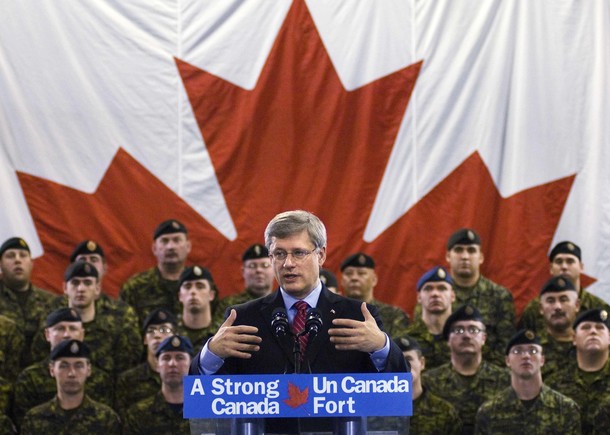 From Rob Gillies, the AP:  Canada’s prime minister said Thursday he’s decided with some reluctance to keep troops in Afghanistan in a noncombat training role after Canada’s combat mission ends in 2011.

A senior government official told The Associated Press earlier this week that Canada’s government will keep 750 military trainers and 250 support staff in Afghanistan until 2014, a pledge of support that may help plug a critical shortage of 900 trainers for NATO’s year-old mission to bolster Afghan security forces.

Prime Minister Stephen Harper said on the sidelines of the G20 meeting in Seoul, South Korea that his preference would have been to see a complete removal of Canada’s 3,000 troops. But he said he’s convinced Afghan troops need further training.

"I’m not going to kid you. Down deep, my preference would have been to see a complete end to the military mission, but as we approach that date, the facts on the ground convince me that the Afghan military needs further training. I don’t want to risk the gains that Canadian soldiers have fought for," Harper said.

The prime minister said Canada has been under pressure by NATO allies to continue in a combat role, but a training role was the most he could agree to.  (photo: Reuters)