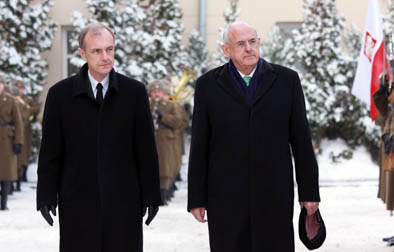 After signing the Agreement, Minister Klich stressed that today’s agreement is the first in the history document defining the areas of military cooperation between Poland and Brazil. "This is the fourth such agreement with countries in other continents, which Poland considers its important partners. It is crucial for us to run a strategic dialogue with Brazil "- said Minister Klich. The Minister pointed out that three similar agreements have been signed with China, Vietnam and India.  (photo: Poland’s Ministry of Defense)