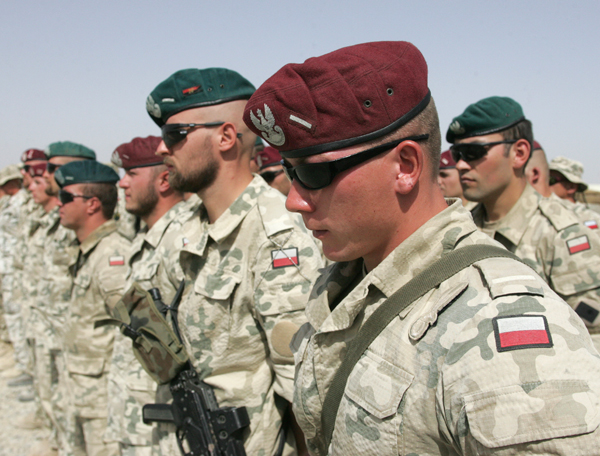 From Aleksandra Kulczuga, the Wall Street Journal:  Poland’s troops are as committed to fighting and winning the war as their American allies. For evidence of just how much the U.S. military has come to trust and rely on its Polish colleagues, look no further than Polish Brigadier Gen. Slawomir Wojciechowski, a graduate of the U.S. Army War College in Pennsylvania, who commands an entire U.S. infantry battalion in Afghanistan. "There is no real terrorist threat in Poland," admits Gen. Wojciechowski. "We are here in solidarity with America. That’s something that Poles feel strongly. . . ."

The Poles have committed their special forces to the war on terror since the first days after 9/11. The elite soldiers of the Operational Mobile Reaction Group—abbreviated GROM, which in Polish means "thunderbolt"—made a name for themselves through their close cooperation with the U.S. Navy SEALs in Iraq. In Afghanistan, Poland’s elite commandos, the 1st Special Regiment, is also conducting the full spectrum of special operations, including night raids and hostage rescues, and training Afghan units to do the same.

As NATO Col. Duke Christie remarks to me of Poland’s soldiers, they "are in the unique position of being both willing and capable. A lot of times you have allies that are one but not the other. The Poles are both."

It may be nice for Americans to know that even in our supposedly "post-American" era, this caliber of ally still exists. For U.S. troops though, Poland’s military excellence and loyalty is of tangible value. "Because Poland has this brigade here, it keeps 6,000 American soldiers home each year," says U.S. Col. Michael Haerr, the deputy commander of Task Force White Eagle, the joint Polish-American brigade responsible for Ghazni.

Ms. Kulczuga is a Robert Novak Phillips Foundation journalism fellow writing on the involvement of Polish troops in Iraq and Afghanistan. (photo: europaplus.tv)