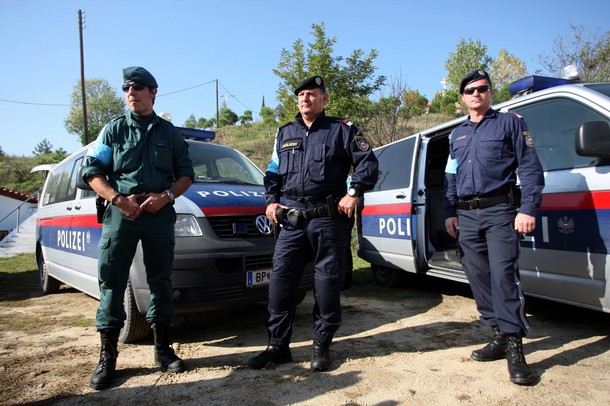 The border guards are taking part in a joint operation of European Union border guards coordinated by Frontex. Frontex is the EU agency based in Warsaw, created as a specialized and independent body with a task to coordinate the operational cooperation between member states in the field of border security. …

According to the European Commission, more than 80 percent of illegal immigrants enter the EU via the border with Greece.  (photo: Getty)  (via USEUCOM)