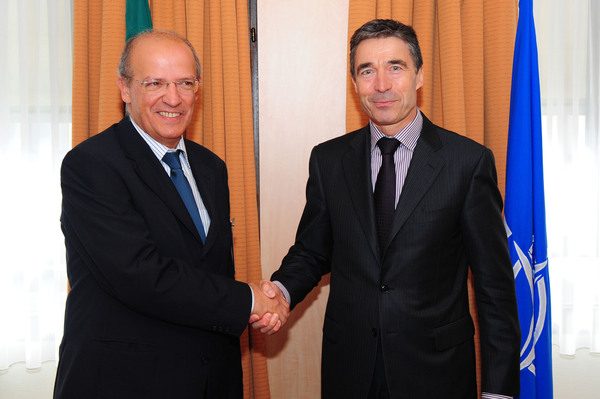 From the Portugal News:  Draft recommendations for a new strategic concept for NATO do not pay sufficient attention to the South Atlantic, says Portugal’s defence minister, promising to raise the issue with alliance leaders.

The report, drawn up by a group of specialists headed by ex-US Secretary of State Madeleine Albright, is “elaborated well”, but “does not pay as much attention to the South Atlantic as NATO should”, Augusto Santos Silva told Lusa News Agency.

The South Atlantic is “strategic” and should be included in “the lines of fundamental action” for NATO during the coming decade, Santos Silva said.

He said allies such as Portugal, with its traditional ties to Brazil and African nations, brought to NATO’s discussions “the potential for knowing how to dialogue with the South and to look southwards”.  (photo: NATO)

He said he would call the issue to the attention of alliance Secretary-General Anders Fogh Rasmussen when he formally presents his report.

Rasmussen is expected to present recommendations for a new strategic concept to the allies in late September. …