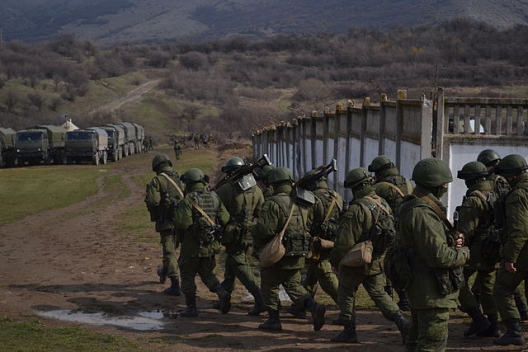 Octavian Manea: In a Europe where the use of limited war becomes more and more a tool of choice, are the decisions taken in Wales – like the creation of super-rapid reaction force – appropriate to reassure the Eastern Flank?

Jakub Grygiel: The problem is that 48 hours or three days – the time necessary to organize and send a rapid reaction force – is too long for the type of potential action that Russia might engage in. In 2 days the Baltics are gone, were Russia engage in a limited war there. So the expeditionary force will not be there for defending the territory but it will need to re-conquer the lost territory, a task that is much more difficult operationally but also politically. This is a very different type of environment from that of 1914 or the Cold War when the type of threat presented allowed time to mobilize, stop or prevent a potential attack. Now time is compressed because the threat is no longer a traditional armored division marching through Poland which may take few days, but a small, local, quick limited war.The second reason is that Russia may not engage in open military confrontation, but act under the threshold of NATO’s Article 5. There are multiple scenarios that one can conceive for such an action below the military horizon. And in this case, there may be very little political will among NATO allies to call for an expeditionary force. In brief, there are two problems we face: one is the timeframe of the threat, the other is the type of the attack that might occur. That is why the Wales summit had more of a rhetorical than practical impact. To deter against a limited war, it is necessary first and foremost to increase costs for the aggressor at the very outset of his operations – and this means to strengthen the ability of local forces to respond quickly and effectively. To promise a response hours, if not days, after the war has started (and in fact, when operations may have already ended, having achieved the purpose of the limited war), does nothing to shore up deterrence against this type of threat.

Wess Mitchell: If you accept the premise that limited war is what the Russians are using in Crimea and Ukraine, then certain things follow for NATO. Defense-in-depth is no longer a suitable posture, as this would merely grant low-cost land grabs to Putin in a future crisis. What is needed from NATO is preclusive defense — the defense of a frontier that contests territory from the opening round. Essentially, local defense. NATO has taken some steps to move in that direction since the start of the conflict. It will be important that frontline member states not just pledge greater defense spending and preparation but actually do so. Recidivism is a danger. In terms of strategic reassurance there are many steps in the right direction like the prepositioning of equipment, creation of the spearhead force, and recent exercises like Dragoon Ride. But this is just a start. The point of limited war is to create a territorial fait accompli using very small units that move very quickly, a sort of “jab and pause” technique. As long as NATO still has a basic posture that is defense in depth it doesn’t really matter how quickly a spearhead will arrive. The problem is that if you don’t have forward positioned assets Russia will be able to make these limited incursions with a fair degree of confidence that they will succeed…

.Wess Mitchell: Crimea shows that we now have a very creative predator in the Eastern European ecosystem. It is not the predator that we have been expecting for the last decades in the NATO planning which was a conventional force, for which the alliance will have time to prepare a response politically as well as strategically. The military strategy of the Alliance is based on the idea of trading space for time. The Eastern quarter or so of its territory is under-defended. Ukraine is obviously not part of NATO but it is illustrative of a mid-sized state that utilized defense in depth against limited war and failed. The problem with defense in depth against limited war is that you give to your opponent what he seeks — territory for free. If you look at the Georgia and Ukraine wars and apply that template to a Baltic state the problem is that in a politically divided alliance by the time it has any semblance of political unity the Russians already have accomplished in the first 48 hours whatever territorial objectives they had, long before a spearhead force can arrive. What this suggests is that defense in depth doesn’t work against limited war….

Wess Mitchell: the US needs to create an incentive structure that says to its allies that extended deterrence still works in the age of revisionist powers using limited war. The US must invest in upgraded tripwires, strategic reassurance and assets that make their investment in military self-help something other than suicidal. This will help to avoid two things: the “zombie allies” who pretend to be concerned but actually free ride and the problem of recklessly offensive allies. More and more, US allies on the frontline will make investments in offensive capabilities and doctrines similar to Finland, Israel or Saudi Arabia. That is not necessarily a negative thing if channeled properly. But a Poland that embraces an offensive posture without sufficient backing or a Saudi Arabia that invests in nuclear capability can generate a strategic problem and lead to greater instability in these regions. The US can help to channel allied capabilities so that regional defensive clusters emerge, with midsized states like Poland investing in a combination of A2/AD and offensive “blinding” capabilities and tiny states like those in the Baltic can have a combination of A2/AD and Swiss/Israeli style “nation-in-arms” homeland defense. Such capabilities are needed to answer limited war. But so is a robust US political and military commitment to securing the frontlines of the Western order.