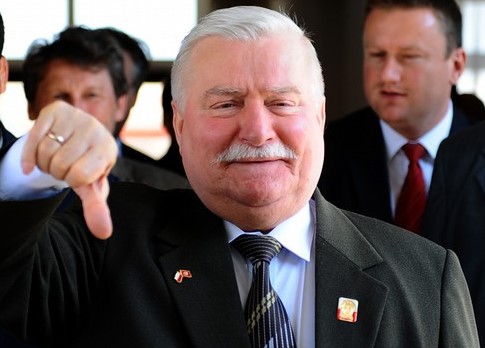 From the AP:  President Barack Obama’s last stop on his European tour brings him to Poland for the first time, giving him the chance to inject new vigor in a relationship with an ally that has sometimes felt slighted by Washington.

But hours before his arrival, Polish headlines were dominated by news that Obama was being snubbed by legendary Solidarity founder Lech Walesa, who said he refused to meet with Obama. . . .

Walesa said in televised remarks that President Bronislaw Komorowski and the U.S. ambassador had called him hoping to persuade him to meet Obama. Walesa insisted that he preferred to travel to Italy for a biblical festival, and that he had no interest in a meeting that would amount to little more than a photo-op.

"It does not suit me," the 67-year-old former president said in comments on news station TVN24.

He did not divulge more but it seemed likely that Walesa was offended at not being offered a one-on-one meeting with Obama from the start. Initially, there was talk of Walesa meeting with Obama along with other Polish politicians. In past visits to Poland, U.S. presidents often scheduled private meetings with him, even flying from Warsaw to his home in the northern port city of Gdansk to see him. . . .

[U]nlike past U.S. presidents who visited this nation of 38 million, Obama will not meet or address the Polish public directly. That deprives him of the chance to connect directly – and emotionally – with Poles in the way former presidents such as George H.W. Bush and Bill Clinton did on visits to the country.

It will also make it harder for him to win over a nation that has never warmed to him the way many have in more liberal Western Europe, according to Marcin Zaborowski, a political analyst and director of the Polish Institute of International Affairs.  (photo: Getty)