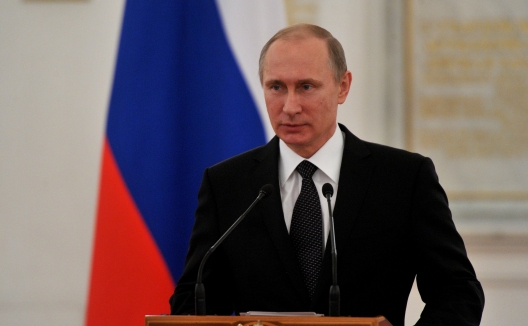 Even for Mr. Putin, the recent nuclear threats have set a new benchmark for hostility in the conflict he has ignited with the West. Two weeks ago, The Times of London reported on a meeting between Russian generals and American officials in which the Russians threatened a “spectrum of responses from nuclear to non-military” if NATO moved more military forces into the Baltic States.

Last month, the Russian ambassador to Denmark, Mikhail Vanin, warned that Danish warships “will be targets for Russia’s nuclear weapons” if Denmark follows through on its expressed interest in joining NATO’s missile defense system.

And in remarks aired on March 15, Mr. Putin said he was ready to bring nuclear weapons into a state of alert last year when Russia was in the process of invading and annexing Crimea. Some Russian officials have also hinted at the possibility of reintroducing nuclear weapons to Crimea, which has been free of them for two decades….

Mr. Putin has crossed other lines, including sending military aircraft unannounced into international airspace over Estonia, Lithuania, Latvia, Poland and the North Sea….

Russia’s bellicose behavior is a serious test for NATO, which has sometimes shown disturbing divisions. The Europeans and the United States have to stay united in maintaining sanctions on Russia and in continuing air patrols and training exercises, as it becomes increasingly difficult to predict Mr. Putin’s next move.