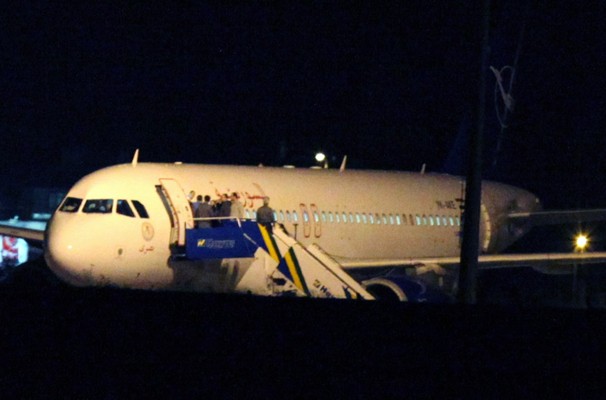 "Passenger aircraft can’t carry ammunition and defence equipment," Mr Erdogan said, adding, "unfortunately there was such equipment on board".

Turkish jets forced the plane, coming from Moscow, to land in Ankara.

Syria and Russia have denied the plane was carrying illegal cargo.

They have accused Turkey of putting lives in danger.

The Syrian Air Airbus A320, with about 30 passengers on board, was intercepted on Wednesday evening by two Turkish fighters and escorted to the capital’s Esenboga airport.

Turkey said previously it had received an intelligence tip-off that it had illegal cargo on board.

Speaking to reporters in Ankara, Mr Erdogan said "equipment and ammunition shipped to the Syrian defence ministry" had been recovered from the plane and was being examined.  (photo: Burhan Ozbilici/AP)