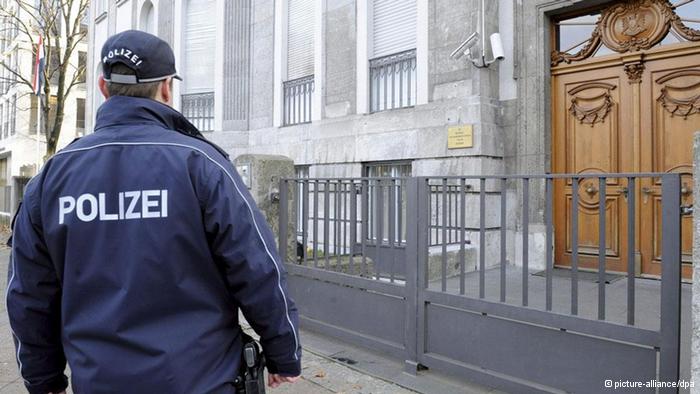 From the AP:  A suspected Syrian spy who was arrested in Germany earlier this year once tried to infiltrate the country’s intelligence services, officials said Tuesday.

The German federal prosecutors’ office said 35-year-old Akram O. was employed by Syria’s embassy in Berlin but not officially registered with German authorities when he applied in late 2010 for a post with the Interior Ministry.

The application was made “at the behest of his intelligence agency handlers,” prosecutors said in a statement.

From the Local (Germany):  In Berlin, Der Spiegel reported on Sunday that Akram O., would be charged with 35 cases of spying activity. The federal prosecutor confirmed the report, saying that further evidence was being gathered.

Akram O. had been delivering information from Germany since 2008, Der Spiegel reported. The charge sheet against him says he was primarily spying on members of the Syrian opposition in Germany, but had also delivered information on German political parties and political foundations, the magazine said. . . .

Investigations are being conducted into four more alleged agents, including the 47-year-old German-Lebanese man named as Mahmoud El A., who was arrested along with Akram O. in February. Police have also searched the flats of a further six people accused of having taken part in the spying operation.  (photo: DPA)