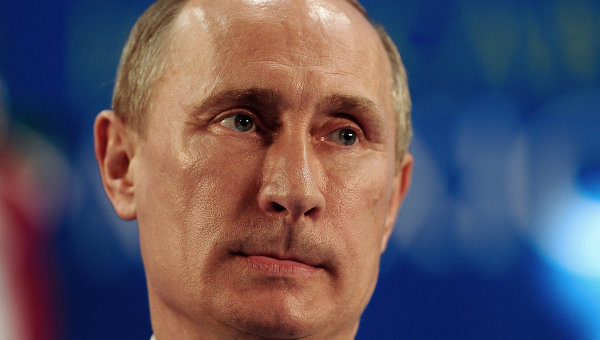 From RIA Novosti:  The missile defense dispute between Russia and the United States will not be resolved regardless of whether President Barack Obama will be re-elected in November, Russian President Vladimir Putin said.

“The United States has been following the path of creating its own missile defense for more than one year, and I do not see anything that could change its approach,” Putin told journalists following the G20 summit in Los Cabos, Mexico.

Putin said the situation would change only if the United States agreed to build the missile defense system jointly with Russia and the European Union.

“This means all three participants would jointly be building that system, and would be able to jointly assess threats, manage that system and make decisions on its use,” he said.  (photo: Jewel Samad/AFP)