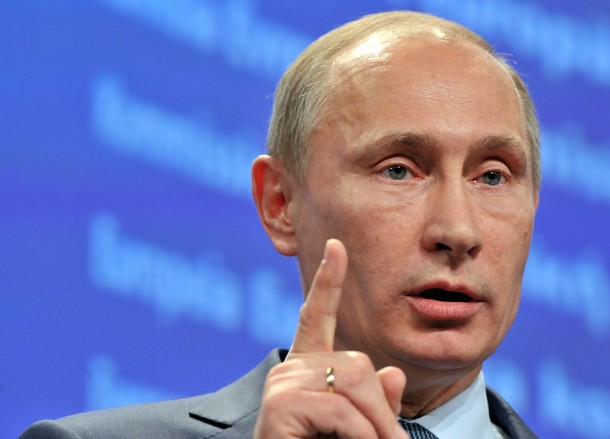 From Stephen Castle, the New York Times:  Prime Minister Vladimir V. Putin of Russia warned European officials on Thursday that uprisings in North Africa and the Middle East could produce governments hostile to the West, and he criticized the European Union’s energy policy. …

European officials said that behind Mr. Putin’s criticism of foreign policy lay a reminder that turmoil in the Middle East and North Africa could decrease Europe’s range of energy sources and make it more dependent on Russian energy. The European Union’s stated objective is to diversify its suppliers — an aim that has been complicated by the recent upheaval.

Russia is one of the bloc’s closest trading partners — and its most important energy supplier — and Europe is the largest market for Russian exports, according to the European Commission. But energy policy has become a delicate issue after disputes between Russia and Ukraine, which led to a disruption of supplies in recent years.

Clear differences emerged between Mr. Putin and [EU Commission President Jose Manuel] Barroso over European Union rules, to be enacted in March, that place limits on the ownership of pipeline infrastructure by gas suppliers. Because of the changes, Russia could be forced to sell off some of its pipeline network in some European countries, like Lithuania.

The rules “will harm the activities of our energy companies,” Mr. Putin said, contending that prices for consumers would rise. “We are talking in practice about the confiscation of property.”

In a series of exchanges, Mr. Barroso rejected the idea that the move was discriminatory, arguing that companies in the European Union, and those from nations outside the bloc, like Norway, would have to obey similar rules.  (photo: Getty)