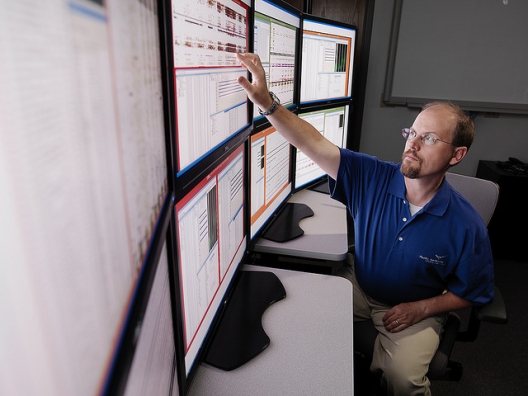 And not only are such incidents becoming more common, they are getting more disruptive.

“We haven’t seen the worst yet,” said Vishal Sikka, chief executive of the Indian outsourcing giant Infosys. “I think we’ll see five times as many bad incidents as we did last year….”

“You can never win,” said Robert Smith, chief executive of Vista Equity Partners, a private equity firm that invests in enterprise technology companies. “It’s a constant battle to stay even or stay ahead….”

“The issue around Sony is a different issue,” Mr. Smith said. “We’re not just going to take your data; we’re going to use your data to embarrass you….”

“The one thing that really scares me is that if someone wants to get into your system, they can get in,” said Richard Gelfond, chief executive of Imax. “Almost no amount of money will keep them out….”

“There is no secure data center in the world; they have all been broken in to,” Mr. Chambers said. “We can help you prepare for it and minimize the damage when it does occur.”

But the message to companies was clear: The hacks will continue to occur.

“You will get a data breach, period,” Mr. Smith said. “If you think you haven’t been attacked, you’re lying to yourself.”