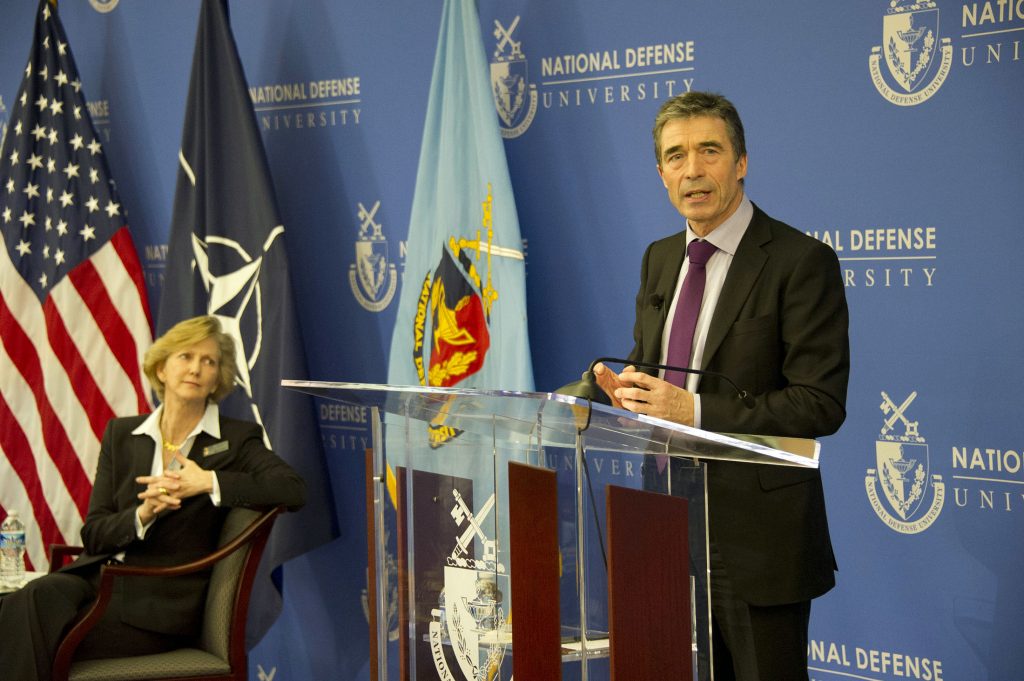 From Anders Fogh Rasmussen, NATO:  Our Chicago Summit will be an important event. Because NATO is busier than ever protecting our shared values and our shared security. Today, over 140,000 military personnel are engaged in NATO-led missions on three continents – from Kosovo to the coast of Somalia.

Afghanistan of course remains our main operation — and it may surprise you that almost 40,000 troops there are European. We continue to keep the peace in the Balkans. And last year, we successfully enforced a United Nations Security Council Resolution to protect the people of Libya.

Let me describe briefly how NATO works. In essence, it’s all about transatlantic teamwork.

First and foremost, NATO is a dynamic forum for consultation on our security. Your voice carries a lot of influence — because of the size and political and military power of the United States. But before a decision is made, all Allies must agree. Every NATO decision is taken by consensus – so it has the legitimacy of collective agreement among 28 sovereign, democratic nations.

Second, all NATO Allies are covered by Article 5 of our founding Washington treaty. Art 5 states that an armed attack against one or more Allies shall be considered as an attack against all – all for one, one for all. And the first time Article 5 was invoked was in the hours after the 9/11 attacks. Soon after, NATO aircraft deployed to help patrol and defend American airspace. That was visible proof of transatlantic solidarity in your skies.

And Allied support to the United States has not been limited to countering terrorism. Following Hurricane Katrina, in August 2005, NATO coordinated a major relief operation by European nations and delivered a huge quantity of food and emergency supplies.

Third, NATO backs words with concrete action. Collectively, our military forces are the best in the world. Their training and equipment are second to none. And they have a unique record of getting things done, even in the most difficult circumstances. NATO doesn’t just talk about security – NATO delivers security.

Finally, NATO works more and more with partner countries, as diverse as South Korea, Kazakhstan, Australia and Morocco. And they want to work with us. because they know NATO and they trust NATO. In Afghanistan, 50 nations are part of the ISAF mission – that’s one quarter of the countries of the world, and the biggest coalition in history. In Libya, our partners from the region gave us priceless political and operational support. And we are keen to engage our partners even more closely in sharing the security burden around the world. . . .

These global threats are too big and complex for any country to tackle on its own – even for your remarkable country. These challenges know no borders. They can only be addressed effectively together with friends, partners and Allies. And that is why today NATO is more important than ever.