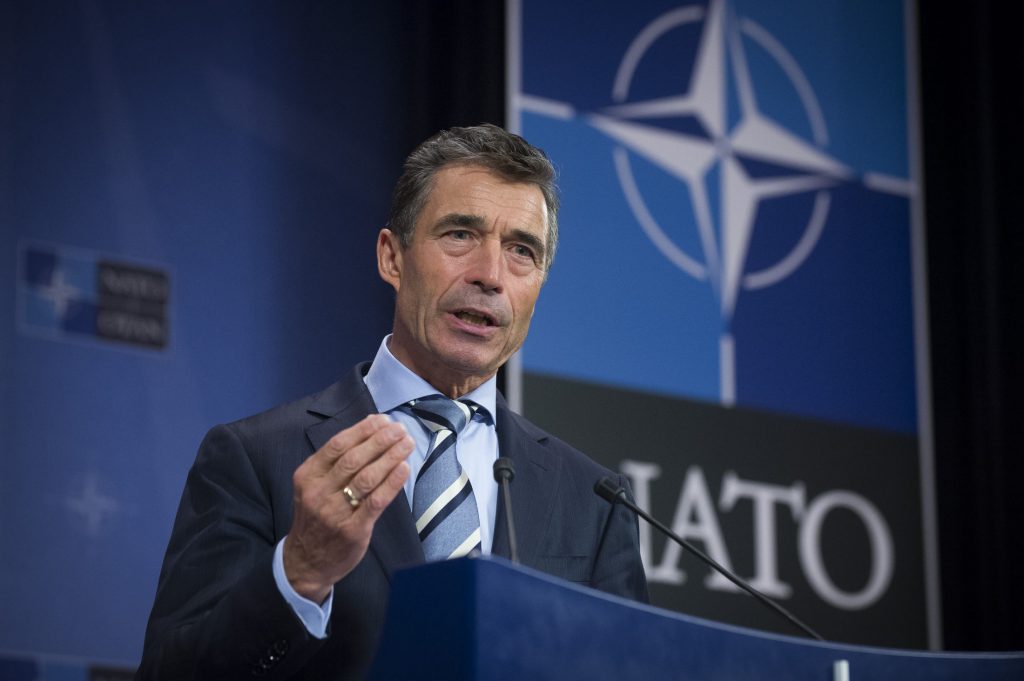 From Anders Fogh Rasmussen, NATO:  I don’t have any information about possible NSA facilities within the US representation at NATO. . . .

No, I haven’t spoken with my American friends because this…. NATO is not involved in this.  And this is not a NATO case.  And as a matter of principle I never comment on leaks or alleged leaks.  And this is the reason why I don’t have any comments on this case.

I’m very much focussed on strengthening the transatlantic relationship. We are friends.  We are partners.  We are Allies.  And I think we should work together, to strengthen the bonds across the Atlantic.  That’s what I’m trying to do on a daily basis at NATO Headquarters.  And that’s why I warmly welcome the start of negotiations between the European Union and the United States as regards trade and investment.  I do believe that like-minded countries like the European and North American Allies should work much closely together, not only when it comes to security; but also when it comes to economics. . . .

As I’ve already said, NATO is not involved in this.  I don’t consider it a NATO… a NATO problem.  I have no reason to believe that NATO security has been compromised in any way.