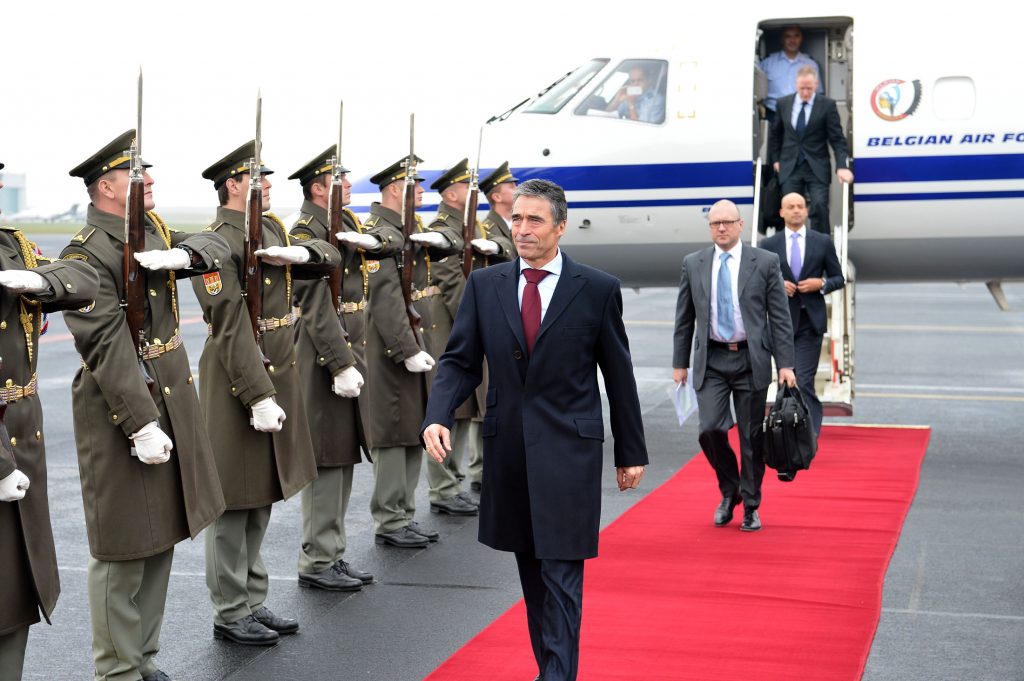 From Al Arabiya:  NATO will defend alliance member Turkey, which struck back after mortar rounds fired from Syria landed inside its border, the alliance’s Secretary General Anders Fogh Rasmussen said at a meeting in Prague on Monday.

A Syrian fighter jet on Monday bombed an area near the Turkish border, causing several casualties, officials and witnesses said.

An Associated Press video journalist saw the plane bomb an area around the Syrian town of Ras al-Ayn, some 10 meters (yards) from the Turkish border.

From Reuters:  The NATO chief also welcomed a weekend agreement by Syrian opposition groups to put aside differences and form a new coalition. "A split opposition is of course a problem so we need a more inclusive and more united opposition," he said.

"What happened in Doha during the weekend was at least one big step forward. It remains to be seen whether this more united opposition is strong enough."  (photo: NATO)