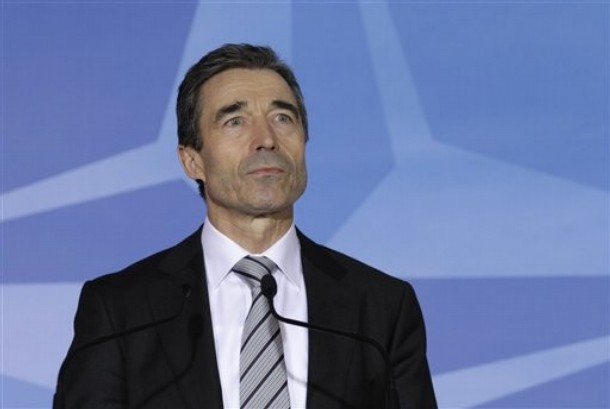 From NATO:  After the first meeting in Doha, the Contact group on Libya gathered today in Rome. It brought together 22 Foreign Ministers and representatives of NATO and other key international and regional organisations under the co-chairmanship of Italy and the State of Qatar.

Participants pledged to intensify the pressure on the regime politically, militarily and economically until they fulfil in full the conditions set out in United Nations Security Council Resolutions 1970 and 1973. They underscored that NATO actions are necessary to implement the Resolutions, and welcomed the additional contributions to strike operations.