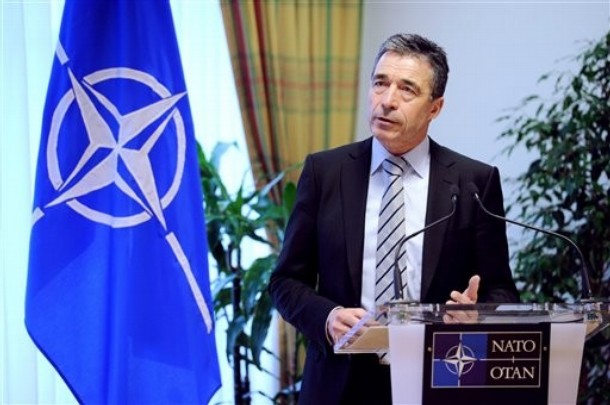 From Interfax:  NATO Secretary General Anders Fogh Rasmussen has said that during his visit to Ukraine, he plans to discuss Ukraine’s possible participation in the NATO missile defense system.

"What I would like to discuss during my visit to Ukraine is the question of Ukraine’s possible contribution to the Euro-Atlantic architecture of a missile defense system," he told Ukrainian reporters in Brussels on Thursday. …

"We have not yet completed the final design of the architecture, [and] we are at the initial stage of this process. Only two or three months have passed after NATO decided to develop a system on the basis of NATO," he said.  (photo: AP)