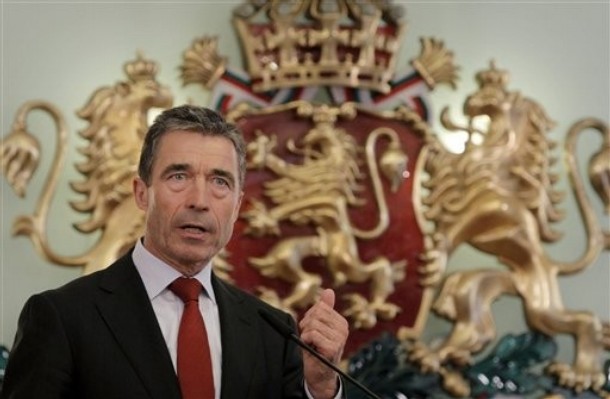 From Anders Fogh Rasmussen, NATO:  Taking the political decision to deploy military force is never easy. But the rapid and careful application of force can often prevent a crisis from developing into a more serious one , requiring a long and complicated military operation.

Early intervention is therefore not only a way to prevent a crisis getting out of hand. It is also a way of cutting costs for the long-term.

From this point of view, our Libya operation was a great success. We managed to generate the necessary political consensus, and commitment, to authorise an early military deployment.

Where we were less successful, however, was in backing up that political decision with the necessary military contributions. To my mind, deploying our armed forces is the best message of resolve we can send to those who are opposed to freedom. But in the case of Libya, as well as in Afghanistan, we have sometimes struggled to generate the right forces and the right capabilities.

Our operational commanders face rapidly changing situations. The constraints that caveats impose upon them severely reduce the flexibility they need and limit their options.

We also need the commitment to see operations through. As politicians, we have a responsibility to lead and to look at the long-term. And this means showing the commitment and the solidarity as Allies, to keep on going, and to finish what we started.

This is particularly the case in Libya at the moment. We have achieved a great deal. We now need to maintain the pressure to complete the mission. And greater participation, by more Allies, as well as by more partners, would help us to do just that.

The Libya crisis is not yet over. But looking at some of its lessons, we can look to the future with confidence.

As parliamentarians, you have a unique responsibility. NATO will remain an effective alliance as long as our nations maintain their firm commitments – politically, financially and through their capacities. And you have an important say.

You can support your governments in fulfilling their responsibilities to contribute to our collective defence. You can explain to your voters why defence in general and NATO in particular matter for our future. And you can keep alive the very spirit of Transatlantic solidarity that has made our Alliance enduring.

NATO is here to protect all 28 Allies. To serve all of our populations. To provide the glue that makes us stronger together than alone. But this strength, this vision, this capacity to defend our people comes from our nations. And we are all the keepers of that promise.