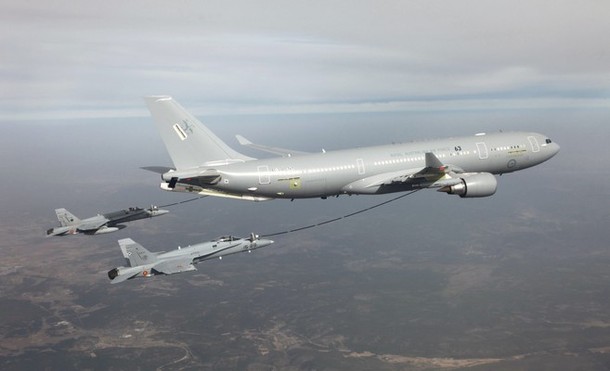 Chancellor Angela Merkel’s office expressed regret and disappointment, but said there was “no need to act.” Steffen Seibert, the chief government spokesman told reporters Friday that “an opportunity to deepen the trans-Atlantic partnership had been missed.”

Mrs. Merkel was careful not to criticize a decision that would have meant jobs and long term security for EADS — had the company won the contract. With the Obama administration under immense pressure back home to boost employment and protect American industry, German officials recognized the political realities and the odds EADS was up against. …

At a news conference in Singapore, the French Finance Minister Christine Lagarde said she was “confident” that Airbus could face any challenges, Bloomberg News reported. …

The U.S. decision coincides with a major discussion taking place between the German government and EADS over the future distribution of shares in the largely Franco-German aerospace company.

Daimler announced last month that it was considering selling half of its remaining shares in the company, with the possibility that the German government might step in to buy them so that Germany would retain its influence in the company.  (photo: Reuters/Airbus)