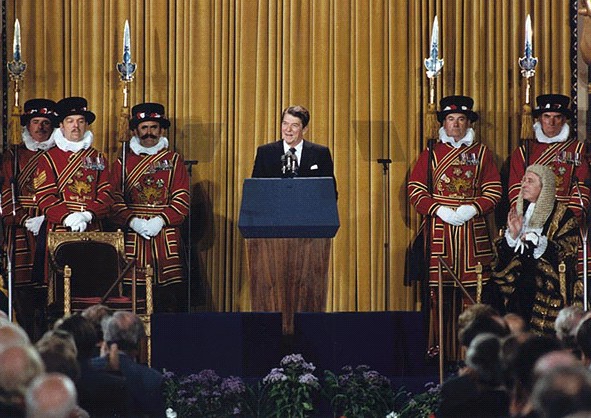 From the Editors of the Washington Post: Thirty years ago, on June 8, 1982, President Reagan delivered an address to the British Parliament that stands as one of the greatest of his presidency and a milestone in the final years of the Cold War. At a time when the Soviet Union seemed to be a permanent, if foreboding, presence in the world, Reagan predicted that “the march of freedom and democracy” would “leave Marxism-Leninism on the ash heap of history as it has left other tyrannies which stifle the freedom and muzzle the self-expression of the people. . . .”

Recent events in China, Russia and the Arab world vividly demonstrate that democracy remains a universal aspiration — but also that the forces of repression have powerful means to resist the tide. The National Endowment for Democracy, and like-minded agencies that other democracies subsequently established, have found useful ways to aid and nurture freedom movements. Words, too, are important. Reading the Westminster speech is a good reminder of their power to inspire action, and change history.  (photo: the History Place)