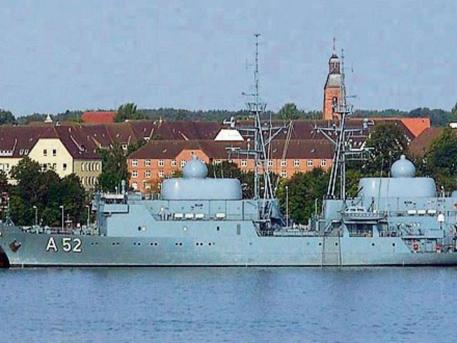 From Reuters:  Germany is helping Syrian rebels by providing them with information gathered by a German navy vessel off the coast of Syria, a newspaper said on Sunday, without citing sources.

Germany’s Bild am Sonntag said the boat had spying equipment from the German intelligence service on board, enabling it to observe Syrian troop movements up to 600 km (375 miles) inland.

Information on the military operations of President Bashar al-Assad’s troops that is collected by the ship is passed on to U.S. and British secret services, who then give it to the Free Syrian Army, Bild said.

A spokesman for the German Defence Ministry said a German navy ship equipped with telecommunications and reconnaissance technology that normally patrols the international waters of the eastern Mediterranean was in a harbour in Sardinia. . . .

Bild also said German intelligence service agents were stationed at a NATO base in the Turkish city of Adana, where they were intercepting telephone calls and radio communications from Syria. They are also maintaining informal contact with sources close to Assad’s government, the paper said.  (photo: Bild)