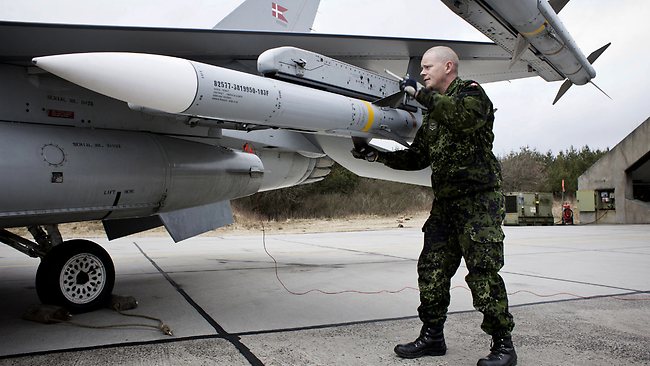 From Gerard O’Dwyer, Defense News:  The accidental release of a Danish Defense Forces’ (DDF) report critical of NATO’s command structures and inability to direct bombing missions in Libya in 2011 has provoked political controversy, after it emerged the Danish Air Force bought munitions from Israel.

The Defence Forces has confirmed it will revamp its information-handling systems after a highly classified and confidential “Libya Mission” report was released Oct. 10 as a PDF file, in error, to the Danish media organization Politiken. Politiken had earlier filed a request under the country’s Freedom of Information Act for details about Danish operations as part of the NATO-led Operation Unified Protector.

“The report is both embarrassing and revealing on several fronts,” said Holger Nielsen, defense spokesman for the Socialist People’s Party, one of three parties in Denmark’s ruling center-left administration. “The depth of the Danish military’s criticism of how NATO handled operations in Libya was not known to this extent, and that the Air Force bought munitions from Israel to bomb an Arab-world country was certainly not generally known by the government of the day. . . .”

Denmark’s defense chief, Gen. Peter Bertram, defended the decision to buy precision bombs from Israel. The Air Force’s own stockpile of weapons had been quickly depleted after weeks of air strikes, he said.

The Air Force attempted to buy munitions from NATO allies, but no NATO country was in a position to supply. Deliveries were then negotiated with Israel.

“It is not the task of the military to carry out foreign policy,” he said. “What we do with other countries is approved at the political level. A fighter is not just a fighter. There are different configurations. And not all countries have precisely the type of ammunition relevant to Danish aircraft.”

“I was very aware that the Danish F-16 squadron lacked munitions, and I gave the green light to acquire munitions from the Netherlands and Poland, but I never heard anything about Israel in that connection. Nothing at all,” Bech said.  (photo: Casper Dalhof/AP)