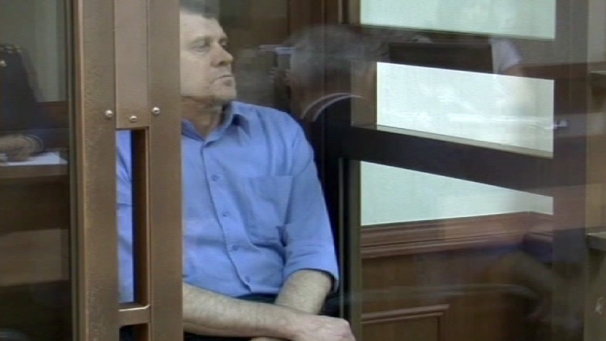 From the AP:  A retired Russian military officer has been convicted on charges of spying for the U.S. and sentenced to 12 years in prison, the counterintelligence agency said Thursday , the latest in a raft of espionage cases that come amid tensions between Moscow and Washington.

A court has ruled that retired Col. Vladimir Lazar will be sent to a high-security prison and stripped of his military rank, the Federal Security Service, or FSB, said in a statement.

Prosecutors said Lazar purchased several computer disks with more than 7,000 images of classified maps of Russia from a collector in 2008 and smuggled them to neighboring Belarus, where he gave them to an alleged American intelligence agent.

The FSB said the maps could be used for planning military operations against Russia. Lazar had served with the General Staff of the Russian armed forces in Moscow before his retirement in the early 2000s.

The FSB did not specify when the Moscow City Court’s verdict and sentence were handed down.  (photo: AFP)