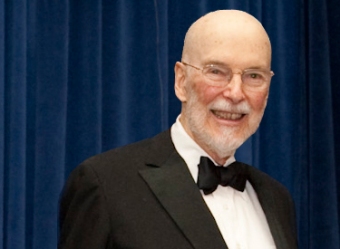 From Emma Brown, the Washington Post:  Robert F. Ellsworth, a Kansas Republican who served in Congress during the 1960s and then had a long career as a senior statesman in Washington, first in the Nixon and Ford administrations and later as one of Sen. Robert J. Dole’s closest advisers, died May 9 at a hospital in Encinitas, Calif. He was 84 and had complications from pneumonia and multiple organ failure.

Mr. Ellsworth was a tall, courtly lawyer who had a private practice in his native Lawrence, Kan., before entering Congress in 1961. After three terms, the liberal Republican lost a Senate bid but became a top aide during Richard M. Nixon’s successful presidential campaign in 1968.

In that role, Mr. Ellsworth helped persuade Nixon to meet with western European leaders over their concerns that the United States was too preoccupied with Vietnam at the expense of the Soviet threat.

Nixon traveled to Europe almost immediately after his inauguration and, a few months later, appointed Mr. Ellsworth ambassador to NATO. . . .

Robert Ellsworth was also a former member of the Board of Directors of the Atlantic Council.