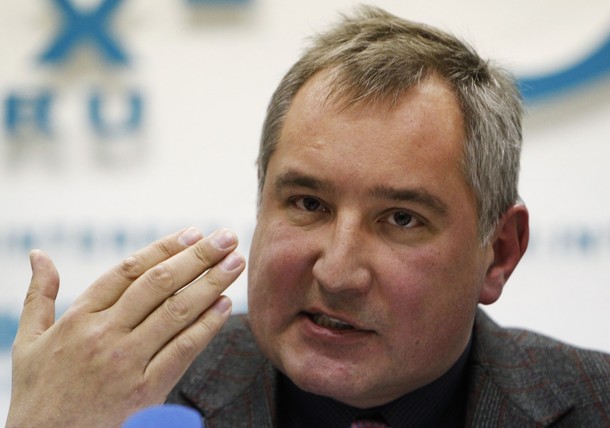 From Russia Today:  There is not any NATO military base in the Russian city of Ulyanovsk and there will not be, stated Vice Prime Minister Dmitry Rogozin in his Twitter micro-blog.

“Those who spread ‘the news’ about [the deployment of] ‘NATO bases in the Russian Federation’ are either provocateurs or simply idiots. You may consider it an official statement,” wrote Rogozin, Moscow’s former envoy to NATO.

Last Saturday, Russian Communists organized a series of rallies across Russia against plans to create “a NATO base.” In Ulyanovsk, 16 KPRF supporters went on hunger strike to protest the establishment of a transit hub and set up a camp not far from Ulyanovsk-Vostochny Airport where the facility is planned.

“A hunger strike is a serious thing, it’s a gesture of extreme despair,” Rogozin noted, commenting on the issue. “Someone made a provocation and incited naïve people to do a foolish thing. What a shame,” he added.

Earlier, it was reported Moscow and Brussels are holding negotiations on an agreement that would allow the alliance to use Ulyanovsk Air Base for the transit of non-lethal cargos from Afghanistan to Europe.

From Christian Neef, Spiegel:  After having fueled the hysteria against NATO for years, the Kremlin is now trying to dampen the uproar. The NATO base in Ulyanovsk is "in the interest of Russia’s military security," Defense Minister Anatoly Serdyukov insisted. And Deputy Premier Dmitry Rogozin, who is in charge of the defense industry, completely downplayed the problem, saying: "I don’t think that the transit of NATO toilet paper through Russia can be considered the betrayal of the fatherland."  (photo: Reuters)