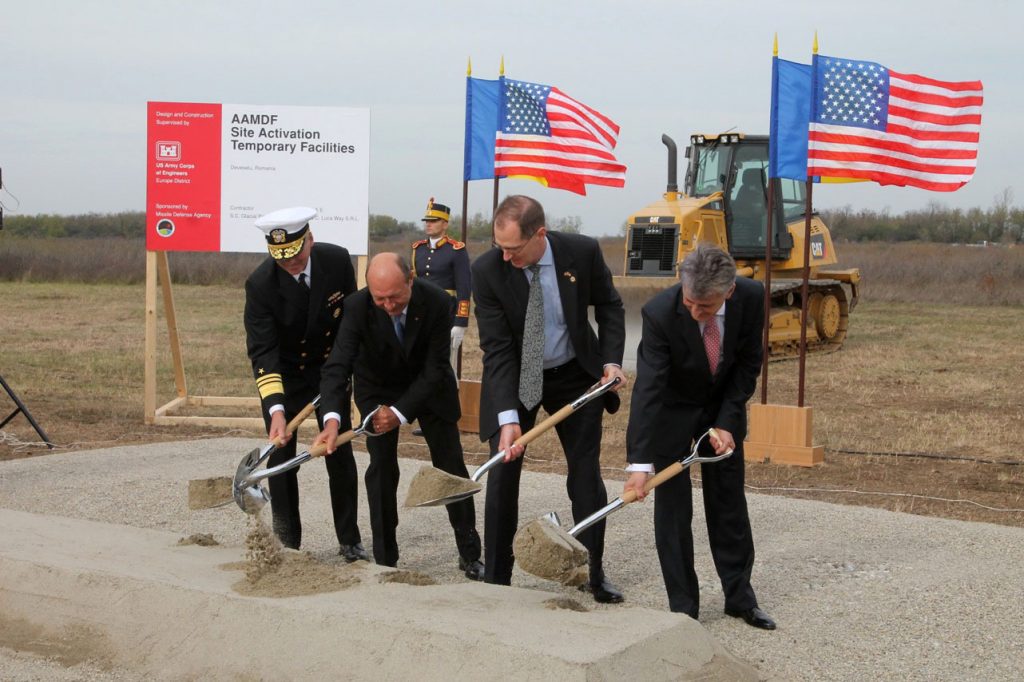 NATO Deputy Secretary General Ambassador Alexander Vershbow on Monday (28 October 2013) participated in a groundbreaking ceremony of the missile defence facility at the Deveselu airbase in southern Romania. “This facility will be an important part of NATO’s overall missile defences in Europe,” said Ambassador Vershbow.

During the ceremony, the Deputy Secretary General thanked the Romanian authorities for hosting the facility and the United States government for its commitment and contribution to missile defence in Europe. The ceremony was also attended by Romanian President Traian Băsescu, Romanian Defence Minister Mircea Duşa and United States Undersecretary of Defence, James Miller. Ambassador Vershbow said the groundbreaking marked an important moment for the Alliance and for the construction of the second phase of the United States’ phased adaptive approach to missile defence in Europe. He added that the Deveselu facility will be “a vital link in the chain of assets provided by members of the Alliance” and connected by the NATO command and control system. “This facility will not threaten anyone, but bring better protection for the people, the forces and the territory of the Allied countries in Europe,” the Deputy Secretary General said.