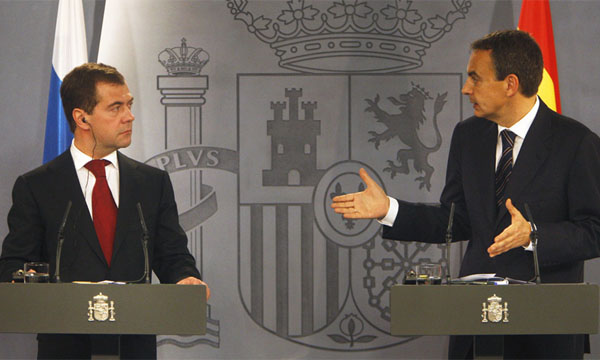 From RIA Novosti:  Russia has expelled two Spanish diplomats in response to the expulsion of two Russian diplomats from Madrid seven weeks ago, the Spanish daily El Pais said on Tuesday.

The newspaper said the political advisor at the Spanish embassy in Moscow, Ignacio Cartagena, and first secretary of the embassy, Borja Cortes-Breton, received notice from the Russian Foreign Ministry to leave Russia last week.

The move follows the expulsion of two secretaries at the Russian embassy in Madrid in late November. The Spanish authorities have yet to name the official reason for the move.  (photo: infobae.com)