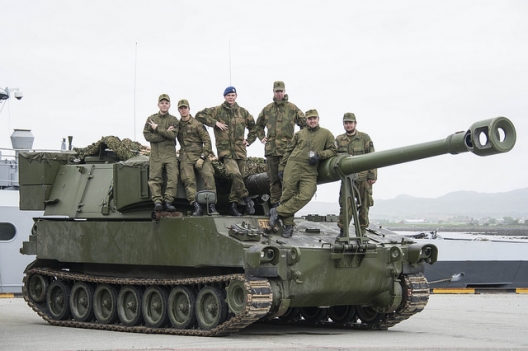 Russia would consider any further expansion of NATO forces near its borders a “demonstration of hostile intentions” and would take political and military measures to ensure its own security, a senior diplomat was quoted on Monday as saying. . . .

“We cannot see such a build-up of the alliance’s military power near the border with Russia as anything else but a demonstration of hostile intentions,” Deputy Foreign Minister Vladimir Titov told Interfax in an interview. . . .

“It would be hard to see additional deployment of substantial NATO military forces in central-eastern Europe, even if on a rotational basis, as anything else but a direct violation of provisions of the 1997 Founding Act on relations between Russia and NATO,” Titov said.

“We will be forced to undertake all necessary political and military measures to reliably safeguard our security.”