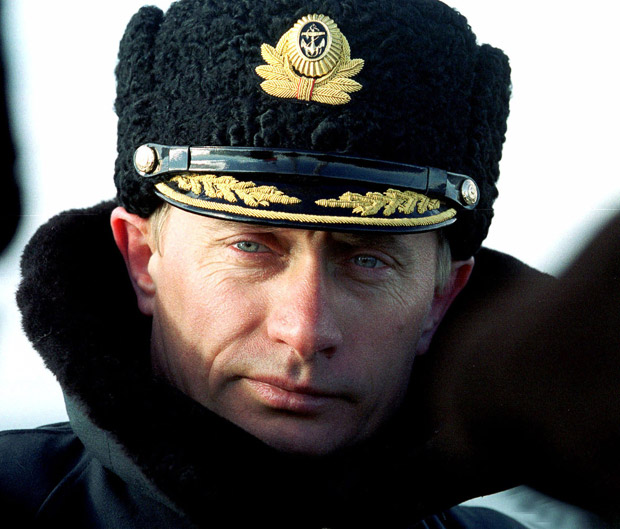 From Edward Lucas, European Voice:  [Russia] has launched a campaign of verbal intimidation against Finland, seemingly aimed at stopping the country from joining NATO. It started with a remarkable speech last month by General Nikolai Makarov, the commander of Russia’s armed forces.

Speaking to an elite audience of Finnish defence specialists and military officers, he warned his hosts not to conduct exercises in eastern Finland, not to engage in military co-operation with other Nordic and Arctic countries, and not to get close to NATO. . . .

That brought a sharp response from Finland’s new president, Sauli Niinistö, who told the Russian guest bluntly that his views were based on inaccurate analysis. (Niinistö, a conservative, is a different kind of president to his left-wing predecessor, the NATO-hating Tarja Halonen.)

One could dismiss the episode as an unfortunate aberration, a bit of Russian military bombast better forgotten than scrutinised. But on 23 June, Putin himself drove the message home, telling Niinistö that if Finland joined NATO it could undermine Russia’s security and provoke a “tough response”.

If anyone wanted to guarantee a warm reception for US Secretary of State Hillary Clinton, who is arriving in Moscow this week via Helsinki and Riga, this would be pretty much the perfect script. But it affects deeper issues too. It has undermined the case of those who say Russia is no threat. It has raised support for higher defence spending and a robust military capability. It has also underlined the need for Finland to have good defence ties with other countries (military isolation and strict neutrality look rather risky for a small country when a big one next door starts talking like that). It has also bolstered the arguments of those (like me) who think Finland should take the plunge and join NATO now while it can; if it waits until it really needs to, it may by then be too late, either because Russia forbids it or because the alliance has become too timid.

Edward Lucas edits the international section of The Economist and is the author of “Deception: spies, lies and how Russia dupes the West.”   (photo: AP)