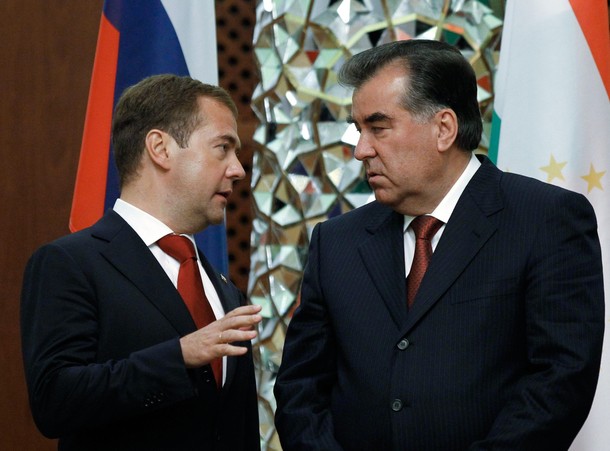 From Thomas Grove and Roman Kozhevnikov, Reuters:  Russia pressed Tajikistan on Thursday to accept a deal that would extend Moscow’s lease on a military base in the strategically important country , pushing to break a deadlock in negotiations which Russia has blamed on NATO’s influence.

Russia sees its presence on the former Soviet Union’s southern fringe as vital to ensuring stability in the turbulent region after NATO pulls out of neighbouring Afghanistan in 2014. . . .

"Tajikistan is an independent country and its decisions proceed from its own interests without taking other countries into consideration," a high-level Tajik government official told
Reuters, speaking on condition of anonymity.

He said that difficulties with Moscow revolved around the cost and the length of time for which Moscow wants rights to the base, adding that Tajikistan had offered to lease it for 10
years with an additional 10-year option.

Press reports that said Tajikistan wants $300 million for the base were untrue and the actual amount was "much, much less", the official said.  (photo: Reuters)