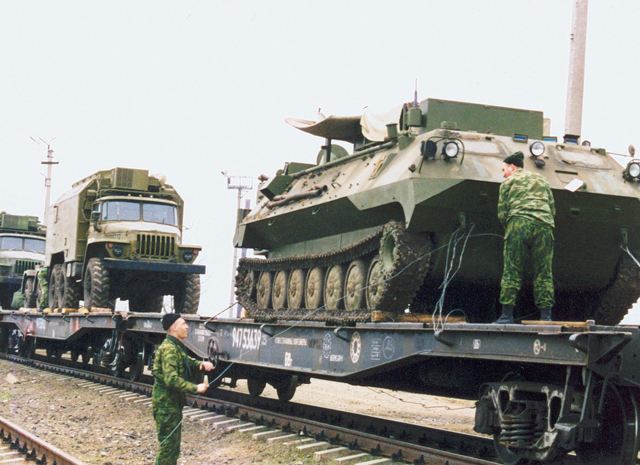 From RIA Novosti:  Russia starts on Monday a regular rotation of its peacekeeping contingent in Moldova’s breakaway region of Transdnestr.

The peacekeeping operation in the region is carried out by the Collective Peacekeeping Forces (CPF), comprising 402 Russian, 492 Transdnestrian, 355 Moldovan troops and 10 Ukrainian observers.

The peacekeepers man a total of 15 checkpoints in the unrecognized republic.

The CPF has said the rotation of a Russian peacekeeping battalion will be conducted in several stages from July 19 through July 26.

A motorized infantry company will be stationed in Dubasari and the rest of the battalion will be deployed in Bender. …

Russia, Ukraine and the Organization for Security and Cooperation in Europe (OSCE) are mediators in the conflict, and the European Union and the United States are observers.  (photo: ITAR-TASS)