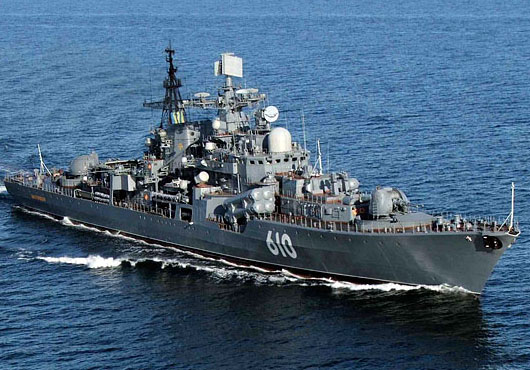 From RIA Novosti:  Russia’s Baltic Fleet battleships and combat aircraft will take part in large-scale tactical drills in the country’s westernmost exclave of Kaliningrad on August 8 to land marines in rough terrain, the press office of the Western Military District reported.

The drills will be held at the Baltic Fleet’s Khmelyovka firing range ahead of the celebration of the Russian Air Force centennial on August 12 and will involve 500 servicemen, warships, support vessels, combat aircraft and gunships.

During the drills, Su-27 multi-role fighter jets will provide air cover for the fleet’s battleships in the area of marine landing.  (photo: Naval Today)